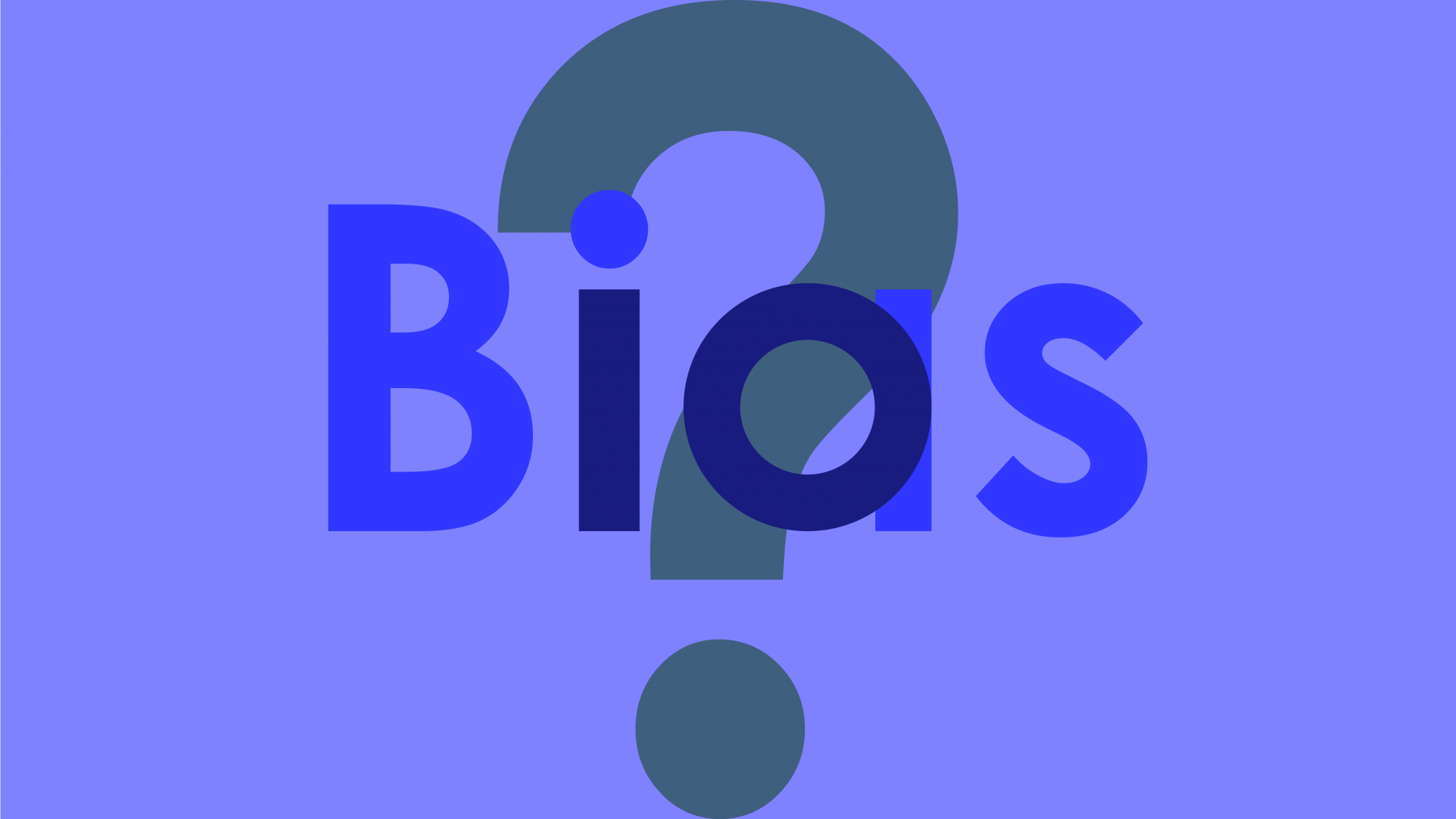 Breaking Facebook - an option to address its harmful practices?

Facebook is currently embroiled in a major scandal involving its top guns. Recent criticism has struck a nerve, which has led to what can only be described as a crisis situation. It’s modus operandi is to adopt any and all business tactics that ensure retention of its global monopoly and recently, launch smear campaigns against those critical of Facebook. While measures to retain its global monopoly are definitely a cause for concern, the pressing concern at this stage is addressing the extent to which Facebook – and Mark Zuckerberg – will go to indulge his power cravings.

The New York Times published a report, detailing the smear campaign launched by Facebook and the extent they had proceeded to discredit their opponents. According to the report, in 2017 they identified potential Russian interference in their platform, which had a direct impact on the outcomes in the US Federal Election. Federal agencies in the US were at the same time investigating this very matter. In order to discredit any potential efforts to reveal the truth behind their culpability in the situation, they hired multiple firms to attack any potential critics of theirs. Sanctioned by departing chief Elliot Schrage, Facebook hired Definers, a leading conservative, opposition research firm to publish biased articles against its competitors. Schrage, in his internal memo justifies hiring Definers to expand outreach, address increasing pressure from media and telecommunications competitors that wish to see Facebook regulated and finally, diversify its Washington advisors. When the report broke, the Communications Chief, Elliot Schrage, resigned from his position at Facebook. Facebook is not new to controversy, having conducted similar smear campaigns in the past – in particular the one against Google back in 2011. However, the current situation appears to have exploded, largely due to the political and social ramifications of their actions. Having recently been subject to scrutiny by multiple states, including the Senate in US and The Singapore Select Committee, just to name a few. Facebook is under extreme scrutiny by lawmakers all over the world. Many countries see Facebook as a threat to their governmental institutions, which for the better part of a decade has functioned with absolute impunity.

In early 2018, George Soros, a hedge fund tycoon and philanthropist allegedly attacked Facebook, calling it a ‘menace to society’ at the World Economic Forum, Davos. Directed by Facebook to investigate any financial motivations for such comments by Soros, the Definers found Soros to be funding the Freedom from Facebook grassroots initiative. The Freedom from Facebook initiative was started to ‘breakup Facebook’ and restore the power imbalance that resulted in unfair competition, data privacy and security breaches, micromanagement of personal data and addiction. The initiative recognizes the massive sums spent by Zuckerberg and his associates on corporate lobbies and think tanks to ensure unfettered paths of dominance. Definers’ research findings were made public, just to prove that the ‘movement was not simply a spontaneous grassroots movement’. An official investigation into this alleged smear campaign against Soros has been called for by the President of the Soros Open Society Foundation.
d

Critical of Facebook’s move to discredit its critiques linking them to anti-semitic tropes, the Board has sprung into action, calling for Zuckerberg to step down as the CEO of Facebook. The shareholders proposed appointing an independent Chairman to the Board of Facebook. Zuckerberg however, appears to have other plans – instead of stepping down, he wishes to constitute an ‘independent body of appeals’ where users can appeal content takedowns on Facebook, whose decisions even Zuckerberg will not be able to override. The independence of the appeals body has met some realistic criticism – Zuckerberg is the single largest stakeholder, owning 60% stake along with control over all key operations. Very simply, must the public pierce veils to know the truth?

The Threat of Bias

Facebook is currently facing an unprecedented crisis, in the history of social media vulnerabilities. Although corporations have been known to smear and attack their proponents, never has any corporation in the history of humanity had as much reach and influence as Facebook has. Their influence touches 2.2 billion people, with almost 1 billion people visiting every month. To understand the scope of Facebook’s actions, the US Senate hearings have served as one of the most significant discussions on the potential ramifications of Facebook on society conducted by any state authority in the world. The hearings played a crucial role in uncovering the opacity that plague these systems. Everything ranging from the usage of foreign currency to purchase advertising space, right to what could be the potential solutions to addressing fake news was pondered upon. However, the results of the hearing were largely inconsequential. In return for the hearing there was no tangible measures taken against the platform, it did not stop them from smearing their political campaigns, and much to the disdain of its opponents – this was nothing but a successful PR campaign. Naturally, they would have to present “solutions” to their existing predicament, to emphasise the proactive approach they were taking towards these allegations.

Moving from reactive to proactive governance, Zuckerberg’s recent Blueprint for Content Governance and Enforcement seeks to “develop a rigorous analytical framework and computational tools for ensuring that changes we make fit within a clear definition of fairness”. The report simply acknowledges the interdisciplinarity of algorithmic bias, taking as an example the timeless debate on defining ‘fairness’. Be it ensuring equality of treatment or impact, the outcomes of both are unique and do result in some form of systemic bias, as per the report. Resembling a prelude with no symphony to follow, the report goes to recognize international endeavours in addressing algorithmic bias with absolutely no mention of any active, defining measure that Facebook will be adopting to address burgeoning concerns of bias. If we do consider developing computational tools as a path-breaking solution by Facebook, the fact that it seeks to compartmentalize into a clear definition of fairness in itself indicates that efforts to address algorithmic bias are mere eyewash.

This raises a new discourse relating to bias in algorithms. On one hand, it can always be argued that algorithms make mistakes and can suffer from contaminated data assets. However, it is a completely different question when considering that the developers themselves play a role in the bias within a system. In the existing scenario, it is unclear to what extent Facebook has been involved in tampering with its systems own code base to give an advantage to the smear campaigns it has launched. However, the prospect of using one of the largest media platforms in the world for personal ends is a very concerning situation. It reduces the credibility of all platforms, creating a sense of uncertainty and unpredictability for all stakeholders. Even systems that can potentially be neutral in their outlook, if utilized without personal biases and with integrity, can just as easily be modified to favor information from specific groups. This vulnerability and the nature of algorithms, with a tendency to be a “black box”, results in a situation where system operators can effectively compromise systems that billions of people around the world used every day. This begs the question – what, if any, responsibility do the individuals and organizations operating the systems owe to the users of the platform and society as a whole?

The likelihood that information can be used in a manner to impede and undermine democratic processes is clearly something that is no longer out of the picture. The 2016 US Presidential elections in the United States, and the 2014 Indian elections clearly indicate the pervasive influence of social media companies on democratic governance. As Soros also noted astutely, social media companies such as Facebook ‘exploit the social environment, and influence the way individuals think’. With Facebook becoming a primary source of news, bias tainting their information source is very likely. Facebook’s current user base stretches to around 2.2 billion people, and can effortlessly tinker around with protected attributes part of datasets fed into algorithms to meet their own requirements. According to a 2017 study nearly 45% of people get their news primarily from social media outlets, in addition to 80% getting their news primarily from the internet.

The influence of the platform as a primary news source, with virtually no filter has contributed to a deeply worrying situation in the world. As of 2018, Facebook was regarded as one of the least trusted websites in the world. Many of their early initiatives to attempt to rectify their position have largely fell short. A recent feature touted as bringing legitimacy in election advertisement, which allowed users to represent who has paid for an election advertisement allowed a user to virtually any other name in the platform. With change seeming potentially anomalous the call for effective and immediate regulation on Facebook seems like the only avenue for keeping tabs on the platform.

While the #deletefacebook movement has gained momentum in recent times, some recognise the power of the social media platform to bring together millions of users together at a single platform and suggest other options. However, the #deletefacebook may not be as realistic as people wish it to be. A fundamental reality we must acknowledge is the growing monopoly of Facebook in social media and communication platforms. It currently owns both Whatsapp and Instagram, and plans to integrate Facebook Messenger, Whatsapp and Instagram by rewriting the fundamental software to ensure smooth inter-operability. In addition to this dominating presence, Facebook is also used to login into various third party applications, and is far more convenient for users than creating a separate account, user name and password for each third party account. This undoubtedly allows Facebook access to a much, much wider database that it can tap into for its targeted advertisements.

The other consideration that works against the #deletefacebook movement is that Facebook has successfully gained a non-negotiable space in local community interactions. There is strong evidence to suggest that Facebook is serving as one of the primary and secondary agents for socialisation – everyone ranging from children to senior citizens interact with the platform. The fallout of such actions is undoubtedly devastating – working towards a goal of self-interest through divisive propaganda. This would effectively put the minds of millions of people directly in the control of Facebook, to shape their perception of the world. The filter bubbles that Facebook creates, continuously reaffirming its users in a particular locality to the exclusion of others, heightens vulnerability of the user’s bias.

Breaking Facebook is undoubtedly an extremely difficult process. The reasons to retain an account and remain logged into the site currently far outweigh the dangerous consequences of its persistent usage. What remains to be seen, at the end of the day is how the US government will decide to regulate and alter the fate of this Menlo Park company.